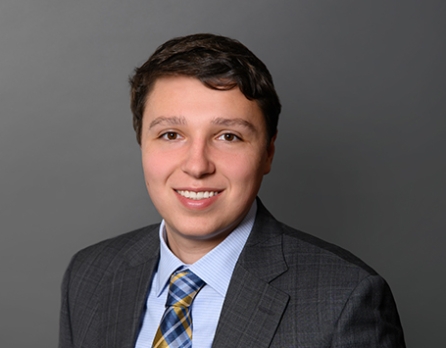 Originally from Albany, Oregon, Alec Marlega joined Arnold Gallagher in 2022 after previously clerking with the firm during law school. Alec graduated from Oregon State University with a B.S. in History and Political Science. He received his J.D. from the University of Oregon School of Law, where he graduated as a member of the Order of the Coif and first in his class.

During law school, Alec oversaw the University of Oregon’s Wills for the Underserved Program as an Estate Planning Fellow and also served as a Legal Research and Writing tutor. In his spare time, Alec enjoys going for hikes and rooting for the Seattle Mariners.

Alec is admitted to practice in Oregon.